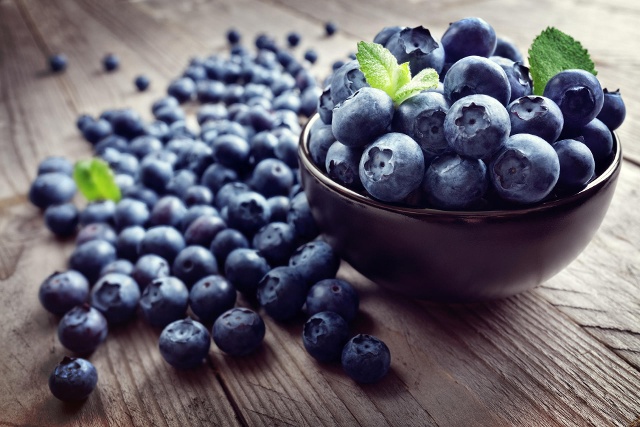 Southern Blueberries continue to conquer the world despite the obstacles

In recent years, the blueberry has registered an explosive growth throughout the world and especially in the southern hemisphere. The volumes exported by the southern countries went from 80,000 tons to 340,000 tons in the current campaign in the last decade, that is, they quadrupled. In addition, there was a marked change between suppliers and buyers. Chile, which was the main exporter of fresh blueberries for decades, gave way to Peru. This country currently provides 60% of the fresh blueberries exported by the southern hemisphere. Chile, on the other hand, exports 32% of fresh, while maintaining its preponderance in frozen and organic.

Regarding destinations, there were also important changes. When the blueberry business emerged, there was no doubt that the US was the largest and almost the only buyer. In the rest of the markets, the off-season blueberry was more of an exotic fruit. But this has radically changed. Europe was especially the destination that grew the most, thanks to the fact that chains and consumers got used to consuming this fruit throughout the year. Ten years ago, 75% was shipped to North America and 20% to Europe. Currently North America's share has dropped to 55% while Europe's has risen to 35%. In the world of fruit, the greatest expectations are focused on Asia, given the huge population, growing purchasing power and the limitations to produce locally. But in the case of blueberries, growth is rather slow, currently receiving 10% of the total exported by the southern hemisphere.

Peru continues advancing in its conquest of the world of blueberries and establishing itself as the leading exporter of blueberries. The strong increase in production and exports is the result of the explosion in the area under cultivation in recent years. In 5 years it went from 4,000 hectares to the current 16,500 hectares. From the central region, in La Libertad, cultivation was extended to Lambayeque, Lima, Piura, Ica and Ancash. At the same time there was a strong change in varietals. From the Biloxis, with which Peru had its initial success, it was expanded to Ventura, Emerald, Mágica and Snowchaser, among others.

In the season that is about to end, they continue with this expansion, reaching a new record by exceeding 217,000 tons exported. This represents almost 34% more than in the previous season and a doubling of volumes in three years. The advance occurs in all destinations. The US continues to be the first market, receiving 56% of the total. Europe follows in importance with a third of the shipments and as the third destination Asia becomes important, especially China, being the destination that has grown the most in recent years.

This strong growth is likely to slow. Expansion to new areas is not so easy in the face of edaphic and climatic problems. In turn, given the latest events, pandemic and war, the situation of fruits has changed worldwide. On the one hand, fruit was revalued as it was associated with health, but on the other hand, costs skyrocketed. Farming became more expensive, as the energy cost increased sharply, as well as the cost of inputs (eg fertilizers). More expensive and complicated still is transportation. Freight costs doubled to tripled. There are problems and delays in loading, transporting and unloading. All this makes the fruit more expensive. In contrast are the supermarkets that do not want to transfer the increase to retail prices and the consumer who suffers a marked decrease in their purchasing power due to the increase in energy costs and rising inflation. This new scenario will bring about a strong change in the trade flows of fruits.

After a quite complicated start, due to technical difficulties due to soil and climatic peculiarities, the blueberry has been successfully established in several South African regions (Western Cape, Northern Province). Thanks to the expansion of its cultivation, exports grow year after year, although at a somewhat slower pace than Peru or Mexico. In 6 years, exports tripled, reaching 20,000 tons in the last campaign. Unlike other countries, it does not go to the US. Its great market is Europe, to which it directs 90% of its shipments. Traditionally, England was the strongest market for South African exporters, as they had strong commercial ties with the large English supermarket chains. But in recent years South Africa turned more to continental Europe, which was the market that grew the most. In the season that has just ended, 64% went to continental Europe and 28% to the United Kingdom. The campaign starts early, August-September, in the northernmost regions. Then it goes to the Western Cape, which concentrates the largest area. The peak of shipments is at the end of October-beginning of November, coinciding with Argentina and Peru. 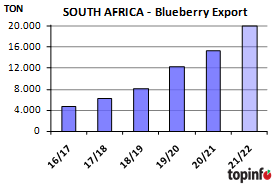 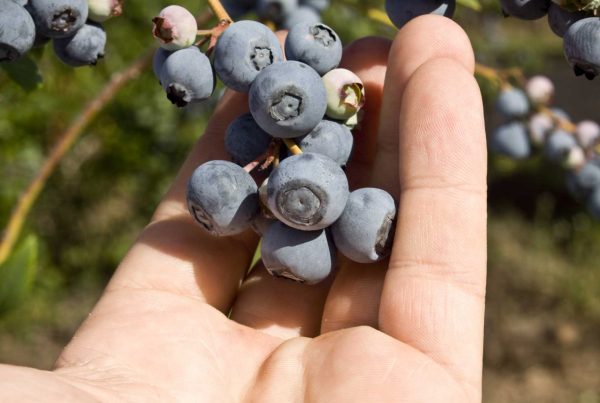 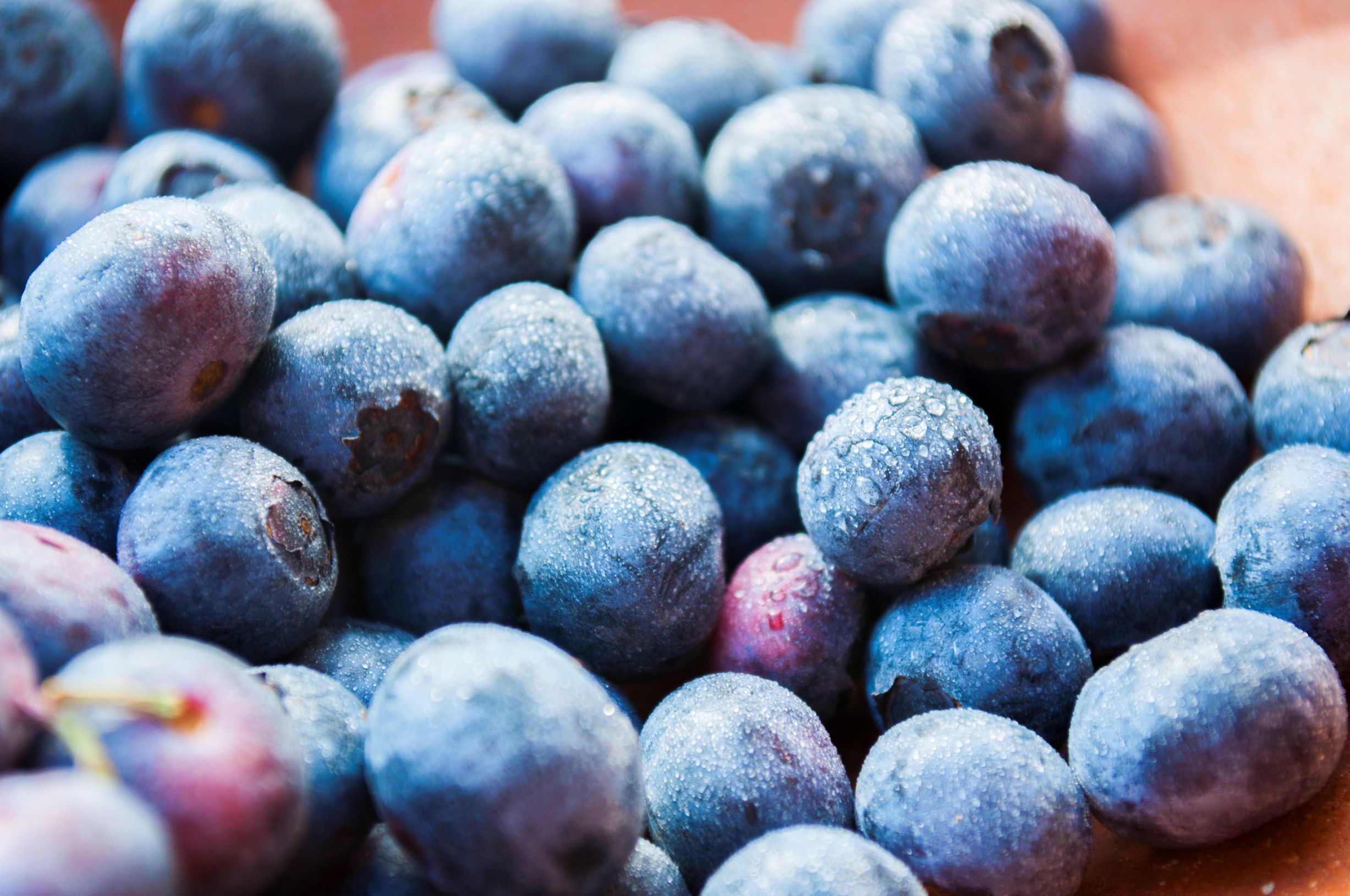 BLUEBERRY: Where are we standing? part II